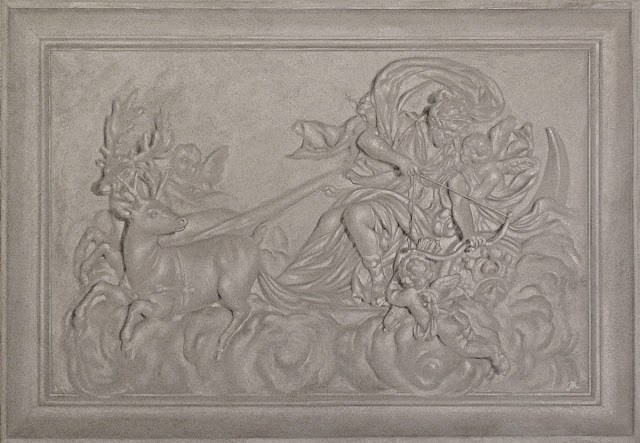 Here Pascal Amblard has painted convincing bas-relief imité, reserving his strongest values for only the highest relief. The clouds along the bottom, on the other hand, are painted using a narrow value range which has the effect of flattening them spatially and diverting our attention to the area of stronger values. It's easy to see the degree to which strong values draw the eye in a composition. Varying the degree of value pushes objects into either the background or foreground, and creates focal points within the composition.

Amblard's use of a loose, dry-brush technique renders the texture of coarse stone very well. Smoother glazes would give the appearance of marble, which would be inaccurate here. He has toned down the specular highlights, knowing that stone as coarse as this would scatter light, creating softer highlights. The shinier the surface, the stronger the highlight and the more it tends to reflect the color of the light source. Here, highlights on rough stone reveal local color.

Thomas Eakins was fascinated by bas-relief, and in his studies of value and perspective considered it one of the most difficult mediums in which to convincingly portray depth. "If you make the least error in a relief, it won't look right." Eakins considered Phidias' frieze on the Parthenon to be the "highest perfection" of the art.

I hate to disagree, but I'm not so sure. The detail above looks as though Phidias was attempting to carve not bas-relief but full statues out of stone, we just interrupted him when he happened to stop for a lunch break. The flat stone background appears to be a nuisance, and there's no sense that he employed it to further the sense of depth. The horses appear to be stuck in quicksand. Like fossils entombed, we get the sense that they are fully three-dimensional if only we chipped away that pesky background. 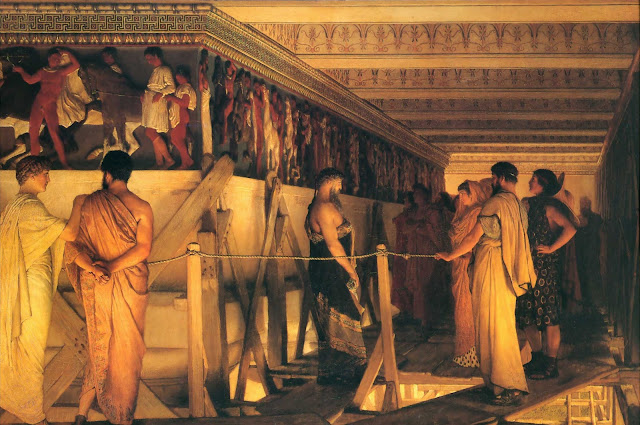 Still, perhaps due to the pervasiveness of casts of the Parthenon in drawing classes at Academies across Europe, Phidias is revered as the best. Here, Alma-Tadema gives him the royal treatment as he shows off his (fully painted polychrome!) frieze to a bevvy of statuesque onlookers.


I know I'm being sacrilegious to the ancients, but I'd put forward Augustus St. Gaudens (or Clodion or even Ara Pacis Augustae) as better examples of the art of bas-relief. 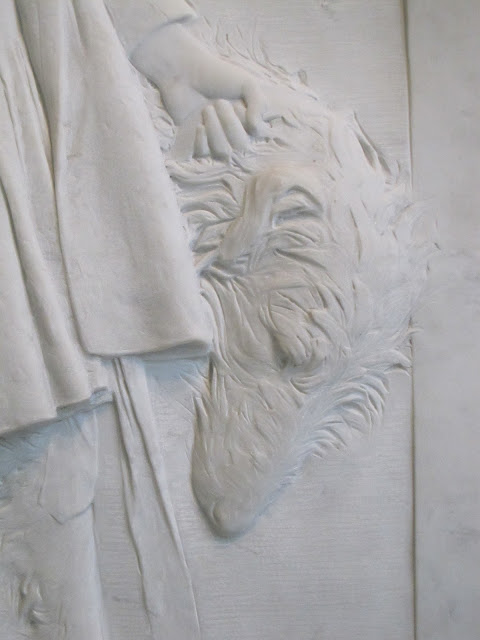 The degree of sophistication and subtlety is un-excelled in these details from St. Gauden's relief carving in marble of The Children of Jacob H. Schiff, at the Met in New York. From the display card at the Museum describing the work:

"The sculptor's technical command is evident, from the delicate, sketchy treatment of the Scottish deerhound's wiry fur to Mortimer's fully rounded foot extending over the edge of the plinth into the viewer's space. The three-dimensional illusion is further enhanced by the architectural structure within which the children are framed." 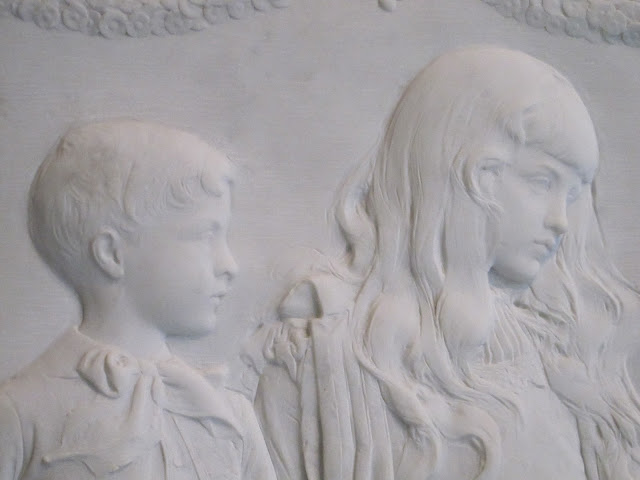 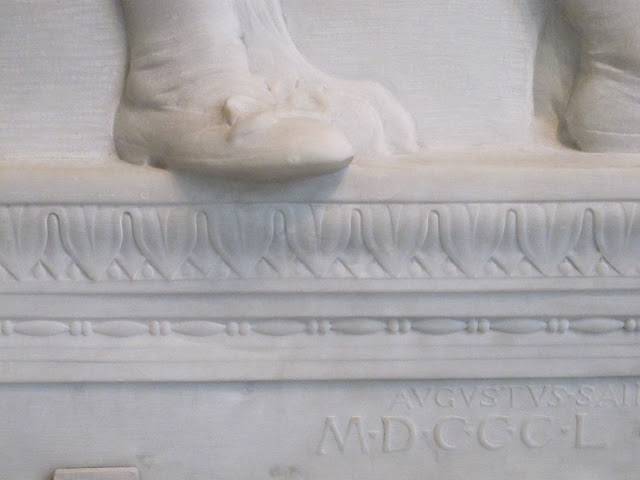