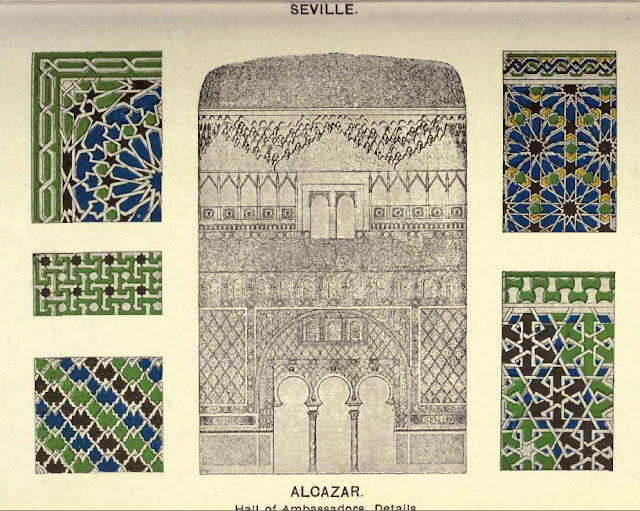 Here's something that I never tire of staring at: Islamic pattern designs from the book Moorish Remains in Spain, by the peripatetic pith-helmet clad Albert F. Calvert. I intend to do an in-depth analysis of the generation of tessellations as seen in the Arts of Arabia and Mohammedan architecture, but only when I can wrap my head around how on earth they did that stuff. I can't help feeling as though there is a key to some small understanding of the Universe hidden away in these images, but it's one that will never be mine. At least, it takes a great deal of study to unravel the geometries involved. I hope this post will help those like me who are avid admirers and amateur students.

Sir Robert Penrose, the English mathematical physicist, armed with only a pencil and notebook, developed a set of 'quasi-periodic' patterns after many years of research. Amazingly, his set consisted of only two shapes (!) that he named "kites" and "darts". The pattern laid down by these shapes is difficult to envision, but as it expands, the proportion of kites to darts approaches the golden ratio, or Phi. These patterns have parallels in the crystalline forms of chemistry, and real-world applications as (for example) non-stick coatings for frying pans.

That Penrose's work has a precedent in Islamic pattern is not a surprise. That his work is pre-dated by over 500 years, is. Physicist Peter J. Lu visited Uzbekistan and found the same pattens in the Bhukara Madrasa. Thank you Sebastian R. Prange for this incredible and fascinating article, quoted in part below:

"The tilework on the Bukhara madrasa is an example of the stylized geometric strap-work—typically based on star or polygon shapes—that is emblematic of traditional Islamic ornamentation. This form of design is known as girih patterns, from the Persian word for “knot.” It is generally believed that such designs were constructed by drafting zigzag outlines with only a straightedge and a compass. But Lu perceived something more: “I saw five-fold and ten-fold stars, which immediately aroused my curiosity about how these tilings had been made.” He wondered how Islamic craftsmen had been able to design such elaborately symmetrical patterns centuries before the advent of modern mathematics." 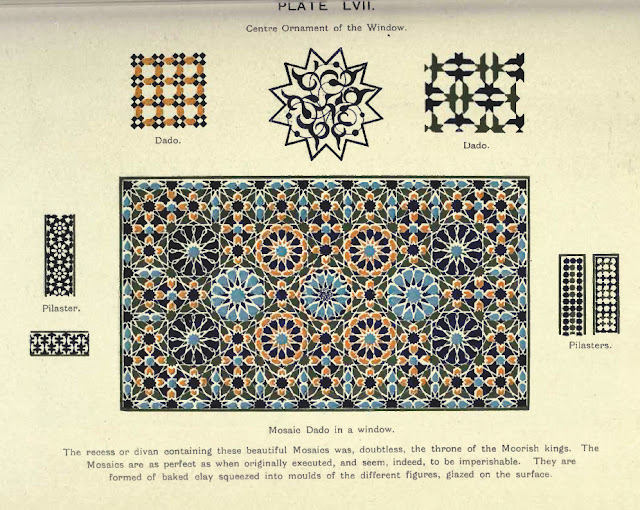 All images this article are reproduced from the book Moorish Remains in Spain. The New York Times article, announcing the publication of the book in 1905, quoted the author, saying:


"Neither by camera, nor by brush, nor by the pen can one reflect with any fidelity the effects obtained by the Moorish masters of the Middle Ages. In their art is to be found a sense of the mysterious that appeals to one like the glint of moonlight on running water; an intangible spirit of joyousness that one catches from the dancing shadows of leaves upon a sun-swept lawn; and an elusive key to its beauty which is lost in the bewildering maze of traceries, and the inextricable network of design. The form, if not the fantasy, of these fairy-like, fascinating decorations may, however, be reproduced, and this I have endeavored to do." 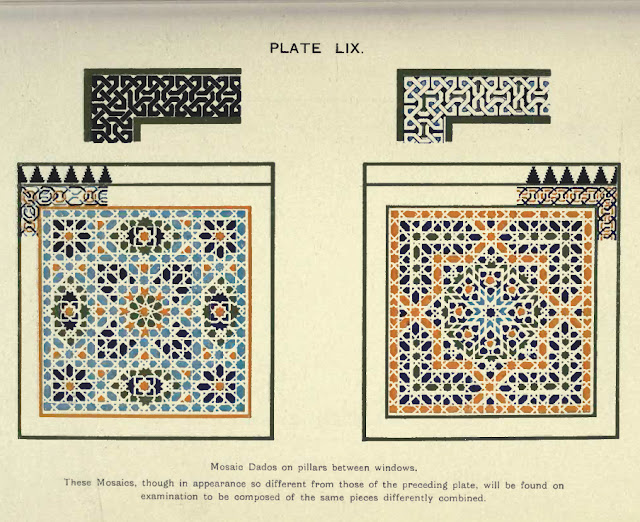 I've posted an enormous set of illustrations from the volume on my Flickr page, for those interested. There is also a post regarding the book Arabian Antiquities of Spain on this blog, also with many images, that you may wish to take a look at.In the meantime, here are a couple of the (roughly 260) images I posted on Flickr for you. 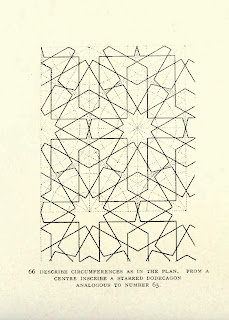 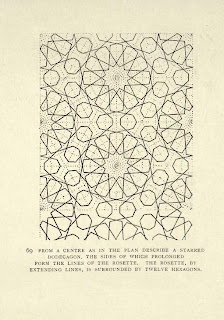 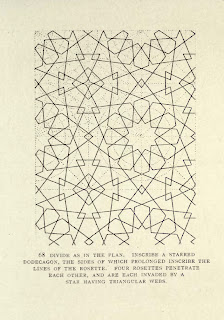 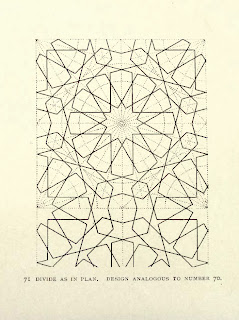 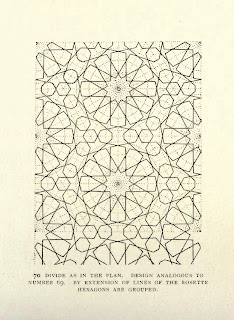 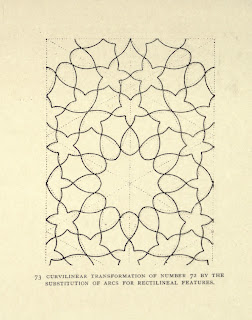 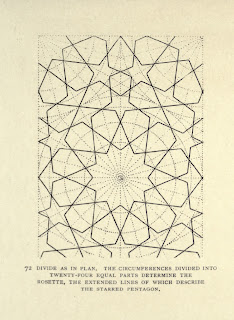 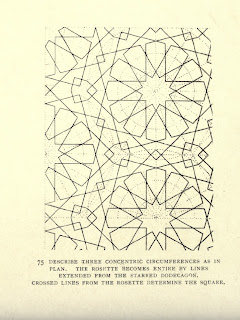 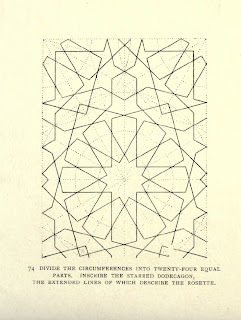