I just figured out what I'll do for my Trompe l'Oeil painting class: The vase above, which I photographed outside the Vanderbilt mansion in Rhode Island. There's so much great detail going on within the vase itself that it's a perfect lesson in all the various forms of ornament, and grisaille painting. This photograph reminds me of the panel by De Lairesse which you've seen before on this blog. The balance of a large value range within the space of the vase, against the smaller value range of the rest of the niche is reminiscent of his trompe l'oeil masterpiece. 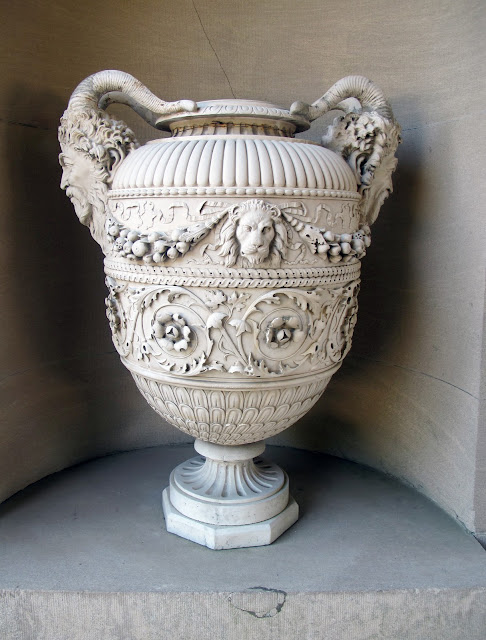 It could be combined with an Italianate landscape in the background as in the photograph below. Or maybe just painted as it is, in shades of grey. 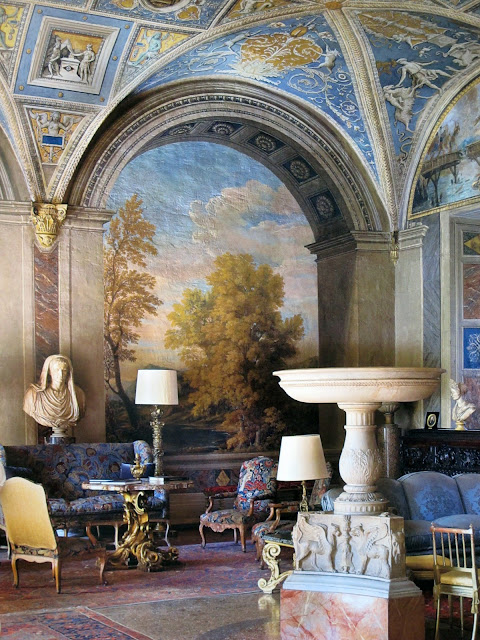 I did something similar for the Kips Bay Show house in New York City in 2003, but I've always wanted to do a taller panel, with less stuff going on around the vase. I hadn't yet studied the De Lairesse piece and learned its lessons about value. Everything I painted in the panel below was treated with a similar range of values, and the result is a flattened painting with little sense of depth.