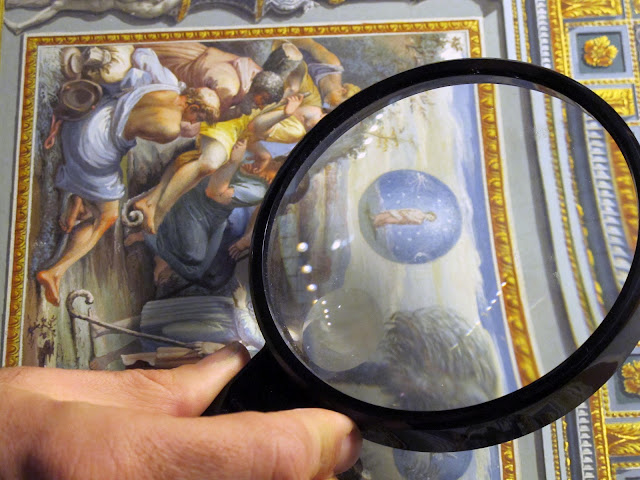 What's the most fun you can have without a King-sized bed and a rubber chicken? Yep, you guessed it: I just spent a day studying an original set of hand-painted engravings from 1770 of Raphael's designs for the painted ornament for the loggia at the Vatican.

It took three of us just to carry the first volume onto the viewing table. This thing looked like the Queen Mary hoving into view. Raphael himself could have delivered it on a unicorn and I'd be no more impressed. It was the most awesome object I've ever seen. 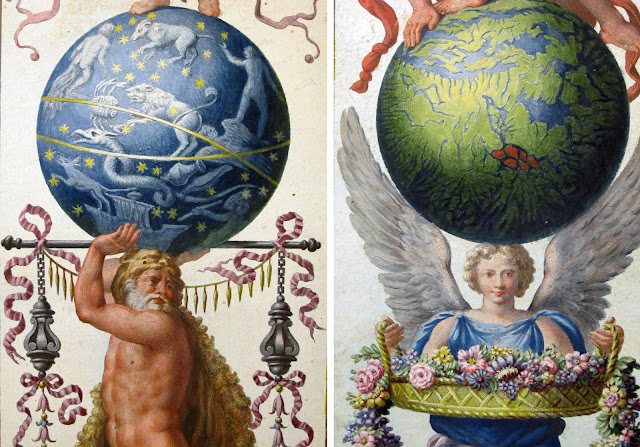 Three volumes, (the first of which measured about 24" x 36"), meticulously engraved, and subsequently painted in vibrant gouache of Raphael's panel, ceiling and pilaster designs for the Vatican in a riotous mixture of earthy fauna, gauzy maidens, beardy gods and grotesque ornament of every imaginable type. 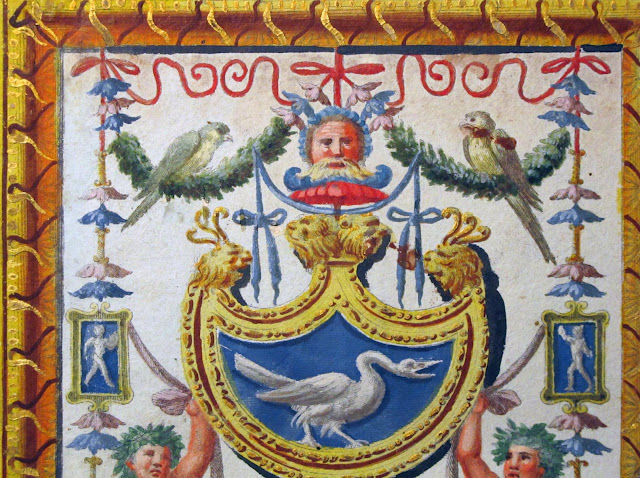 Can somebody please explain the Universe to me, because I'm a little confused: How is it that one of only three complete sets in the world of these spectacular engravings can sell in November of last year for only $25,000, when Damien Hirst can sell horse manure for a million? It makes me so mad. And why am I finding out four months too late? I would have gladly cashed in my daughter's college fund if I'd known. 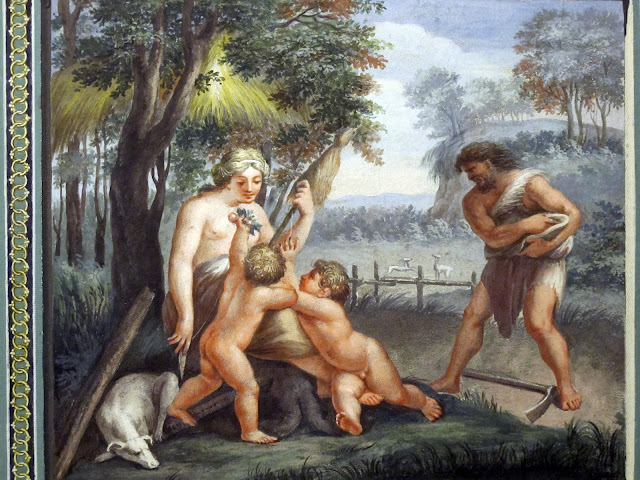 "The loggia, or colonnaded porch, on the second story of the Apostolic Palace is one of the Vatican’s most remarkable art treasures; its decoration, designed by Raphael (1483—1520) and executed by his workshop in 1517- 1519, epitomizes the spirit of the Italian Renaissance in its synthesis of Christian and classical themes. The thirteen square vaults of Raphael’s loggia each contain four frescoes of scenes from the Bible, from the Creation to the Last Supper." [source]


"These splendid, large-size copperplate engravings, from the suite Le Loggie di Rafaele nel Vaticano (Rome: 1772-77), after the celebrated frescoes by Raphael in the loggia of the Vatican, are scarce, with OCLC recording only two complete copies in libraries worldwide.

"The Raphael Loggia consists of thirteen arches forming a gallery sixty-five meters long and four meters wide. Its construction was begun by architect and painter Donato Bramante in 1512, under Pope Julius II and was completed by Raphael under the reign of Leo X. Raphael began work on the frescoes in 1517. 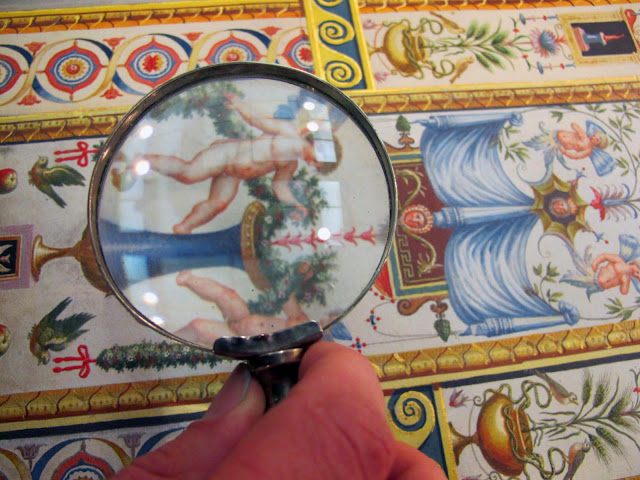 "The plates, designed by P. Camporesi, G. and L. Savorelli Teseo and engraved by G. Volpato (1733-1803) and G. Ottaviani (1735-1808), depict, in a vibrant color gouache, the pilasters, paneling, ceiling panels and two doorways with floral, figural and architectural motifs. Where human figures in the original frescoes were compromised by weathering and erosion, engravers Volpato and Ottaviani replaced them with elements from the Vatican tapestries designed by Raphael. 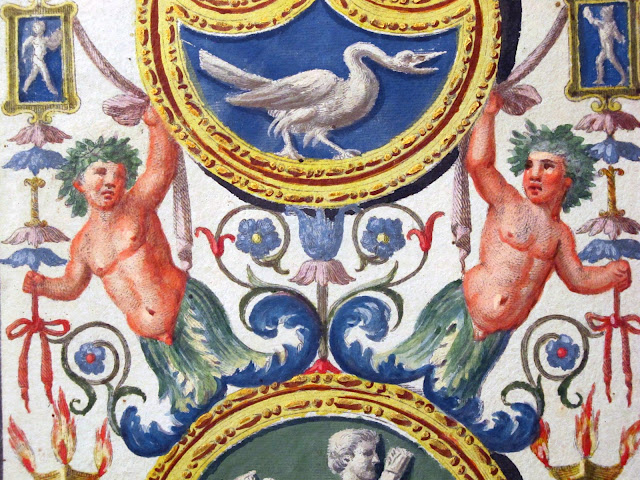 "While Raphael's Vatican frescos were admired in their time, they were ultimately overshadowed by the work of Michaelangelo until the Neoclassicists of the eighteenth and nineteenth centuries rediscovered the Renaissance, and Raphael earned his place as the era's greatest artist of them all.

""Raphael is categorically the greatest painter of the last millennium, and the Loggia is his most significant legacy," says Antonio Paolucci, director of the Vatican Museums and esteemed art historian. 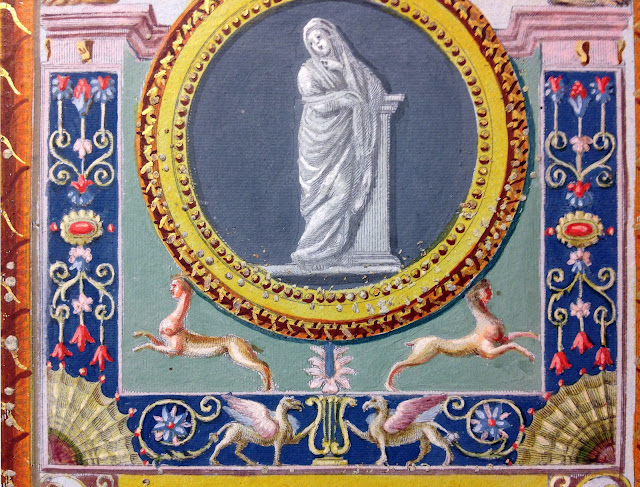 "And yet the Loggia is the least known of Raphael's works. Millions of visitors to the Vatican Museums pass by it every year, but cannot go inside. Looking from Saint Peter's Square, it is in the second of the three glassed-in hallways across from the building in which the pope resides. When it was constructed, in the early part of the sixteenth century, it overlooked a garden. The thirteen arches of the Loggia frescoed by Raphael were not enclosed in glass until the nineteenth century. Originally, they were open to the luminous Roman sky, which made their colors even more brilliant" (Sandro Magister, Chiesa Espressonline)."

It has been notoriously difficult to find any images of Raphael's loggia work - the fact that the loggia are closed to the public and sealed behind glass has not helped - but Abbeville Press has published what looks like a fine book on the subject. 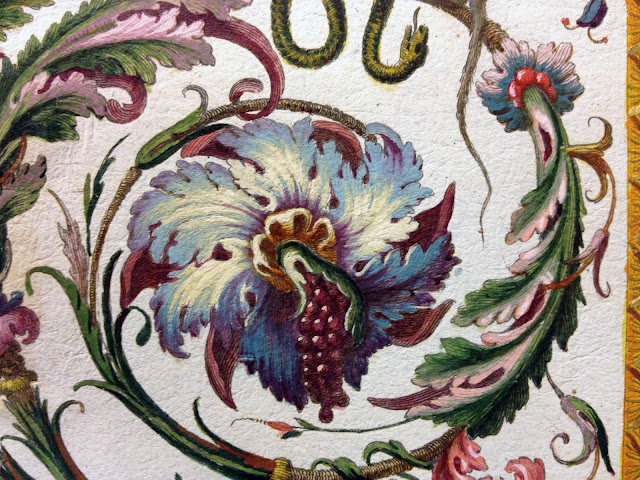 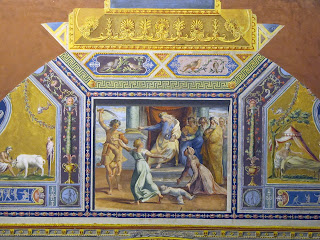 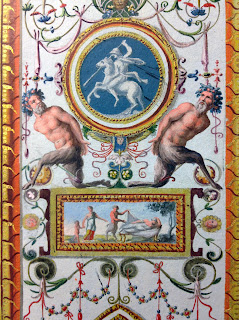 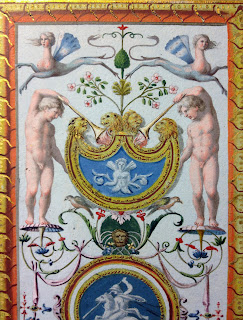 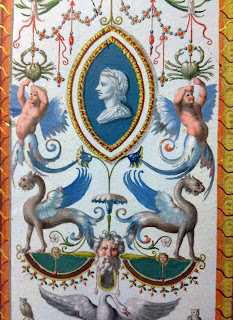 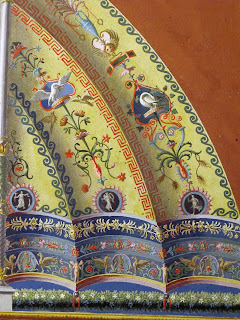 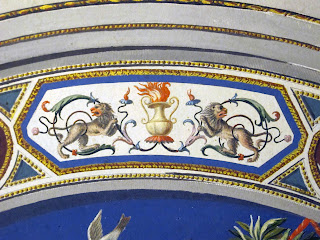 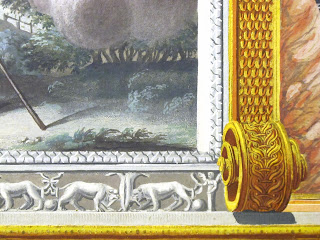 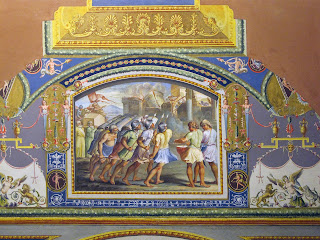 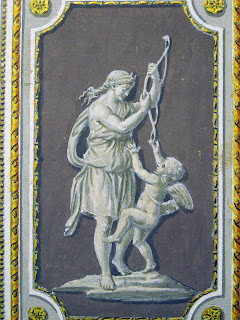 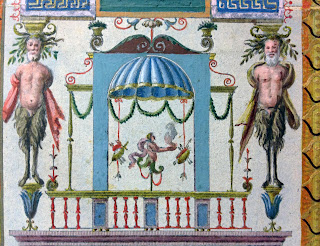 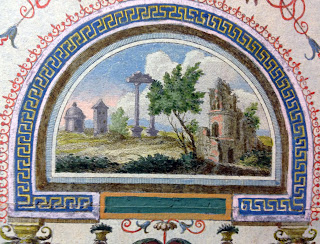 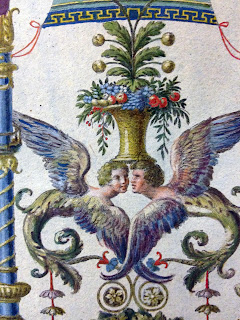