With a whopping resumé of English and Irish stately buildings to his credit, William "Knuckles" Chambers (1723-1796) was definitely up there with the heavyweights of Neo-Classical Architecture in the Eighteenth Century. By 'heavyweights' I'm really referring to Robert Adam, who (though a rival) considered him "a Prodigy for Genius, for Sense & good taste." 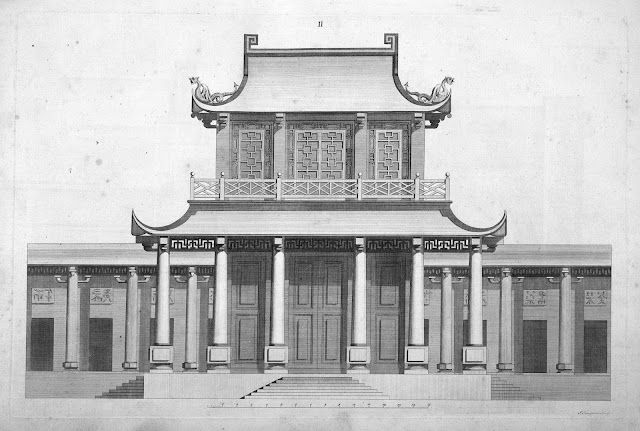 As an impressionable young teenager he travelled by sea to Canton where he made the sketches that served as the basis for his book Designs for Chinese Buildings (1757). He will always be second fiddle to Robert Adam in terms of architecture, but he was almost single-handedly responsible for popularizing Chinoiserie. This, to my mind, is his greatest legacy.

After this voyage he "quitted the sea" and took up architecture in earnest, making a considerable name for himself working for King George III who paid him the princely annual sum of $500 and for whom he designed (among other works) "twenty classical and exotic temples" at Kew Gardens including the pagoda and orangery.

The Victoria and Albert has a great collection of his drawings online. 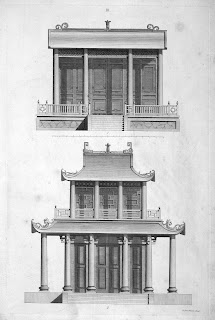 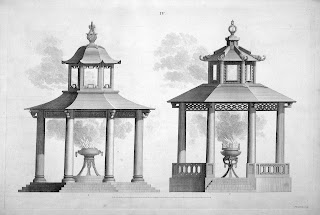 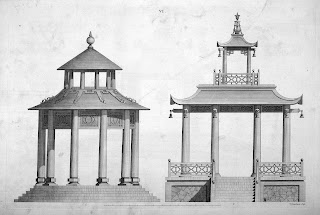 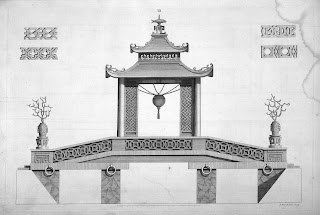 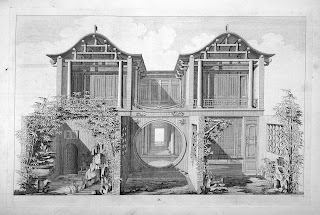 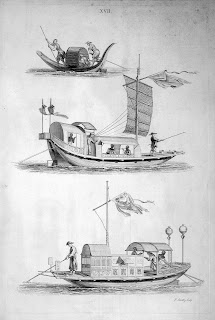 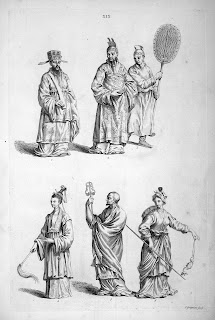 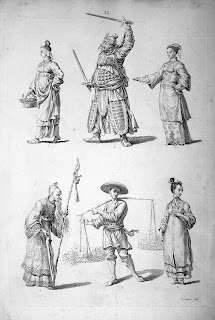 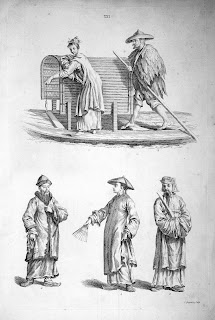