Nineteenth Century Tall Grass Magicians (so called because they'd camp in the tall grass on the outskirts of town) with names like Willard the Wizard were basically drifters plying sleight of hand for a quick buck. They'd blow into small American towns and perform sideshows and magic acts until the townspeople got bored and then they'd move on, disappearing like ghosts.

All sorts of artisans, from painters and photographers to woodworkers and doctors (for wasn't medicine more of an "Art" than a "Science" back then?) were doing much the same. Folk Artists would cobble together a living by painting portraits, shop signs, murals, wood-graining - anything they could get.

Some stayed in Europe and managed to open stores. The photo (above) of Millard - proud as Punch and open for business in swanky new digs - as a "Painter in all it's Branches" and Photographer of "Machinery, Buildings & Animals", illustrates this perfectly. Plenty of others headed to America and took to the roads in droves, traveling from town to town in an endless search for work. Their mostly anonymous efforts kept the art of decorative painting alive, and created a new style known as American Primitive.


I was thrilled to come across some of their original handiwork in a recent stay at beautiful Laurel Farm outside Pawling, New York. The main dining room, with it's large open fireplace and brick oven, was a focal point of the old farmhouse and as such would typically receive the most elaborate decoration. In this case, an unknown painter covered all wooden surfaces in a primitive faux oak grain, painted in one pass.


The original farmhouse dates from 1815, but has been expanded and renovated since then. Fortunately, the current owners are keenly aware of it's history and chose to preserve as many of the original features as possible, including the wonderful wood-graining on display here. 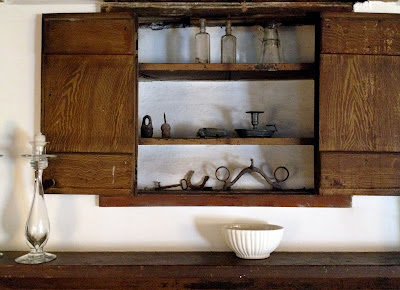 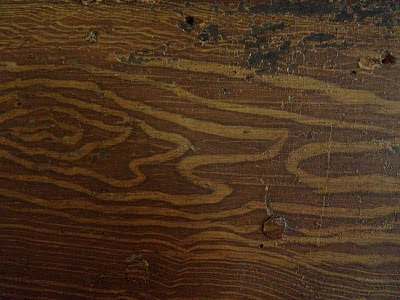 According to 'Vignettes of Patterson Past' (The Patterson Historical Society, 2007), the farmhouse was used at one point as a camp for girls.

"The camp was to be named Camp Genevieve Brady in honor of its donor. It would provide a taste of farm life for city girls. An eight room house and lakefront cabin stand on the property and there are plans to erect a recreation hall and seven units to accommodate 200 girls."

The owners used to bring the girl's luggage up from the train station for their two week stay, and give them hayrides with his tractor.

"Residents remember scout sunrise ceremonies held as the sun rose above the eastern hills and red buses filled with campers going up and down the road into the late 1980s." 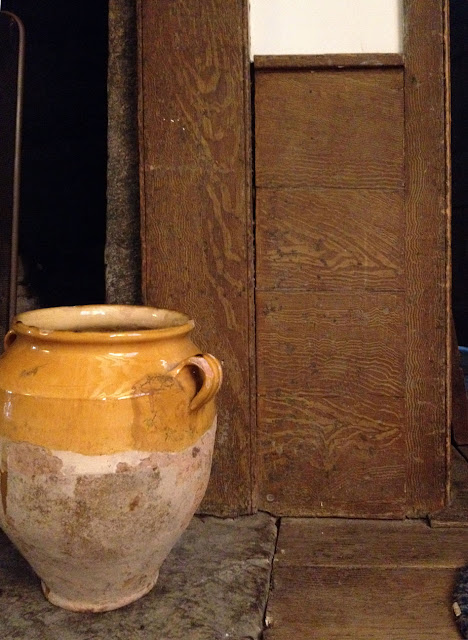 For a more detailed account of the tools and techniques of wood graining, as well as a how-to video on faux oak, check out this link to recent post on this blog. 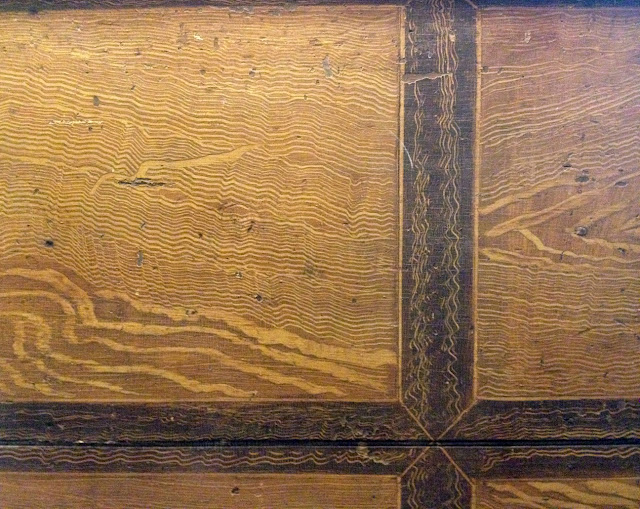