Artists and their Muses


"O for a Muse of fire, that would ascend the brightest heaven of invention!"
William Shakespeare


The whole idea of the human-being-as-clothes-horse artist "muse" thing bugs me. It usually dismisses the humanity of the person and reduces them to a subordinate possession to be tapped for selfish ends. Or maybe that's just me.

Germaine Greer disagrees, and waxing hyperbolic as usual says, "a muse is anything but a paid model. The muse in her purest aspect is the feminine part of the male artist, with which he must have intercourse if he is to bring into being a new work. She is the anima to his animus, the yin to his yang, except that, in a reversal of gender roles, she penetrates or inspires him and he gestates and brings forth, from the womb of the mind."

I think it's Greer who wishes to do the penetrating, personally. Looking at Picasso's work you could pretty much conclude that the only person inspiring Picasso is Picasso, regardless of how many women lined up for the chance to be his muse. Repose is supposedly inspired by Marie-Thérese Walter, but you could have fooled me.

Especially with the passing of time, certain people become simply so-and-so's "muse" and disappear. Victorine Meurent, Manet's infamous muse (and the subject of his Olympia), always has the dismissive qualifier of "also an artist in her own right" tagged after her name, but we all suspect that deep down she was really just an artist groupie. Francis Bacon's muse, George Dyer - who he is said to have met as he broke into Bacon's house - was a relentless hanger-on and renowned boor who, despite killing himself on the eve of Bacon's retrospective, disappeared into the obscurity he probably deserved.

Nevertheless, there are muses who's fame exists outside - even despite -  their association with an artist. It would be a mistake to assume that Claudel's reputation has survived simply because of her once notorious association with Rodin. The novelist and art critic Octave Mirbeau described her as "A revolt against nature: a woman genius". The sexism of his comment no doubt escaped him, but the point is understood.

Francesco Clemente's muse also happens to be his wife. Having met almost forty years ago, there's no dismissing their relationship as a flight of artistic fancy. She travels the world by his side, and is often portrayed in his paintings as his double or soul mate.


And of course there are Andrew Wyeth's wonderfully intimate paintings of Helga Testorf, known as The Helga Pictures. Wyeth made some 240 drawings and paintings of Helga, hiding them at the home of his student and neighbor and making them a secret even to their respective spouses in the small community of Chadds Ford. 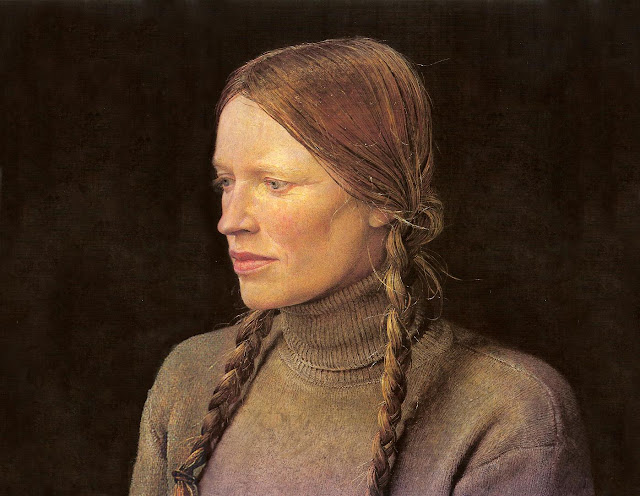 "The difference between me and a lot of painters is that I have to have a personal contact with my models.... I have to become enamored. Smitten. That's what happened when I saw Helga." [A. Wyeth]

Not all muses fade, and not all of them are women either. True, Kurt Russell's oily pecs and luxurious mane are more than a little fem, but there's nothing girly about Bill Murray or Klaus Kinski. Take a look at this gallery of some of my personal favorites, and feel free to comment or add.