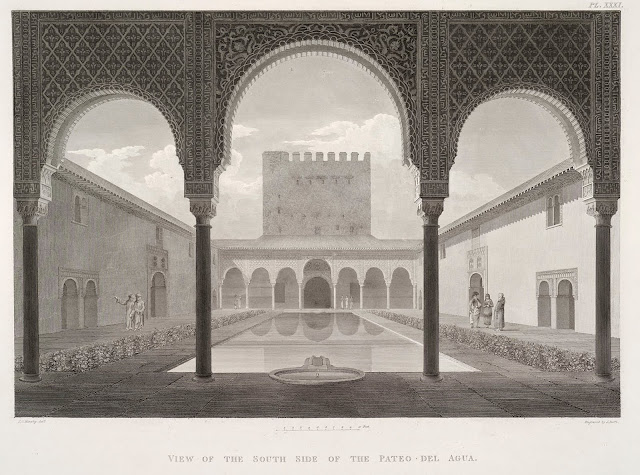 My daughter thinks I should write about a girl who finds a million dollars and spends it all on a Shetland pony. I pointed out that in a Universe that's expanding infinitely in all directions, it's unreasonable to seek gratification from material objects, especially ponies. Then she punched me in the stomach.

But it's true that it's hard to know what to write about. Take a post about the book Arabian Antiquities of Spain (1815); it could be about murals, designing tessellations, Islamic Architecture and the Alhambra, or the history of Orientalism in Western Art. There's just too much good stuff out there. Sorry, but ponies are way down on the list.

In the meantime, these incredible etchings could serve as a complete source for any mural or stencil.

I posted a whole set of large images from this book here, illustrated beautifully by James Cavanah Murphy. Poor bugger died a year after this book came out, apparently he "fell a victim to his labours." 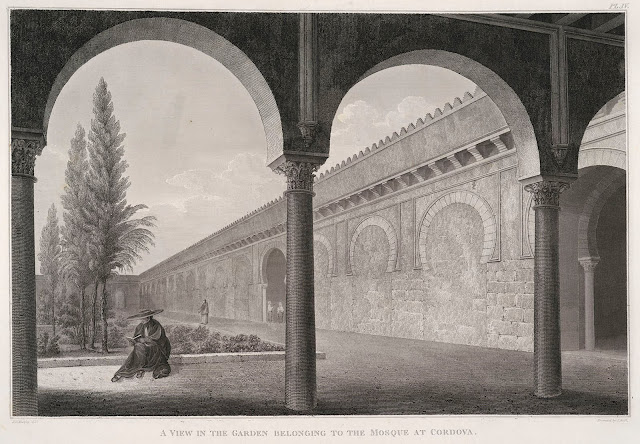 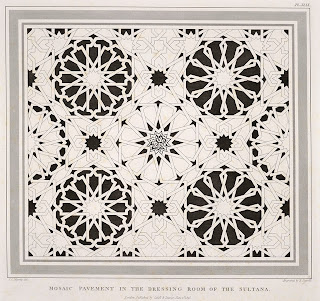 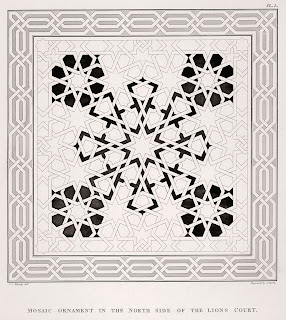 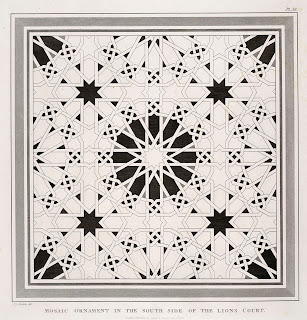 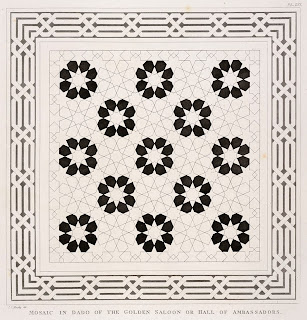 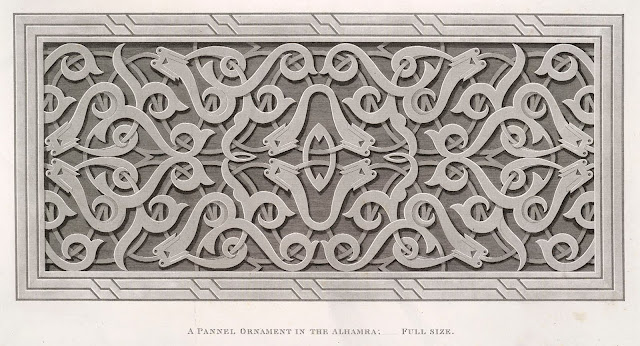 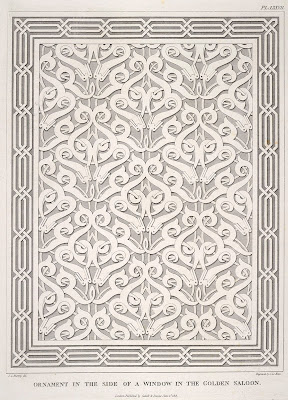 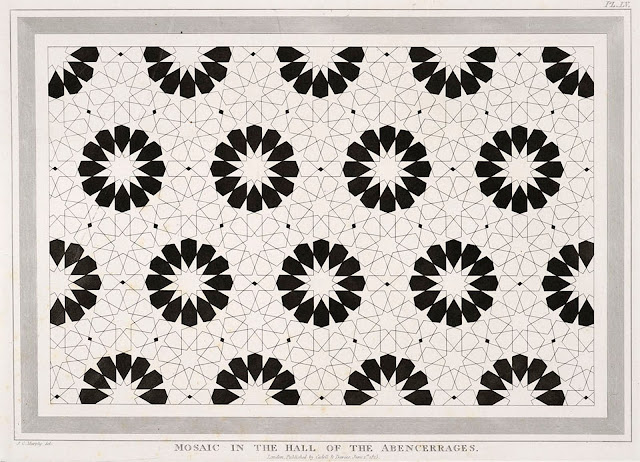 Just in case you're feeling a little too lazy to draw these patterns yourself; here is one as an Illustrator file. Nice! Dover has of course published a book on Islamic designs with a CD containing a ton of vector art, so you could go that route.

Or you could buy and download SymmetryWorks by Artlandia; an amazing little plug-in for Illustrator that enables you to create any kind of pattern. Great for wallpaper designers or for those tricky Islamic patterns. Beats learning Geometry.

For those interested in the patterns of the Alhambra, there is a fantastic textbook on designing tessellations called, not very surprisingly, Designing Tessellations, by Jinny Beyer. And it's not just for quilters and Escher freaks. The Mathematics is understandable, and the lessons valuable. Here's a sample page from the book. 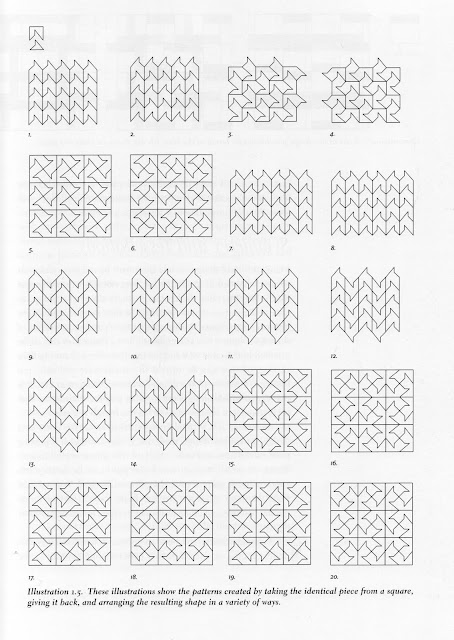 I found a great Illustrator file online of a Hilbert Curve. Open it and have fun, but whatever you do, don't try following that line with your eye! This would make a great standing screen if you laser-cut the design out of wood. 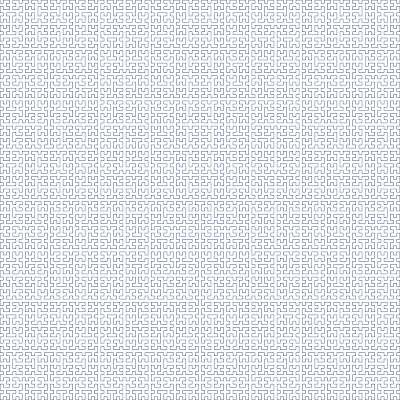 Lewis F. Day writes in Pattern Design about the development of the 'Arab lattice': 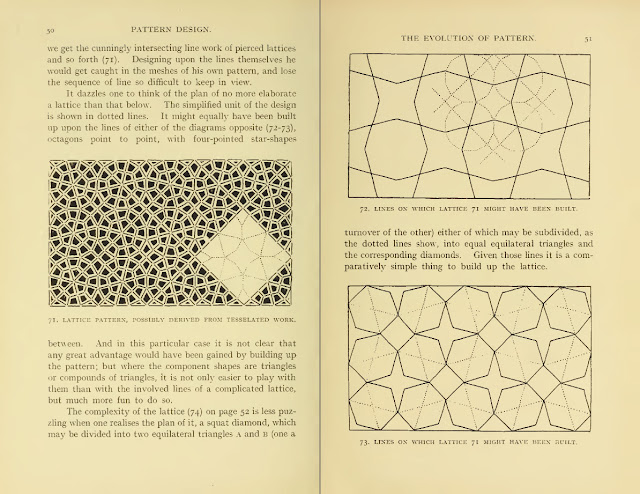 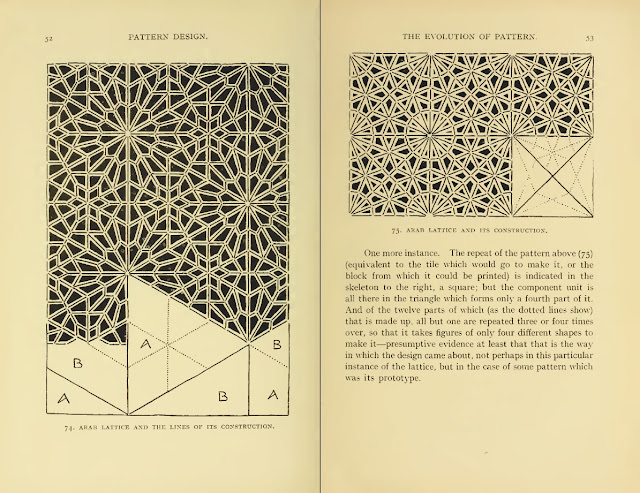 Well, the way this post unfolded, I guess it's about Islamic pattern. I'll just have to do a different one on the subject of the dubiously named 'Orientalist' painters of the 19th Century.

By the way, there's a great book called The Alhambra, downloadable in it's entirety for free here. When I say 'great' I mean it's got a great set of plates. It's unreadable garbage, written by one of those toffee-nosed prats who fancied themselves as 'Oriental', as in this image of it's Victorian author, Albert T. Calvert, in full regalia.

But now I'm digressing. I'll save that for later. 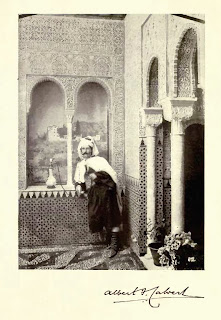