You might think that a goldfish, if granted one wish, would choose 'Strength of the Bear' over 'Invisibility', but you'd be wrong. Goldfish would rather be invisible. Sometimes they just get tired of being stared at.

Here's something besides my goldfish that I like to stare at: Alphonse Mucha's illustrations for Le Pater. I did a short post earlier on the same book, but I'm coming back to it with some more detailed photos of individual plates. They really are quite stunning, and he was a master draughtsman, so let's take a closer look. 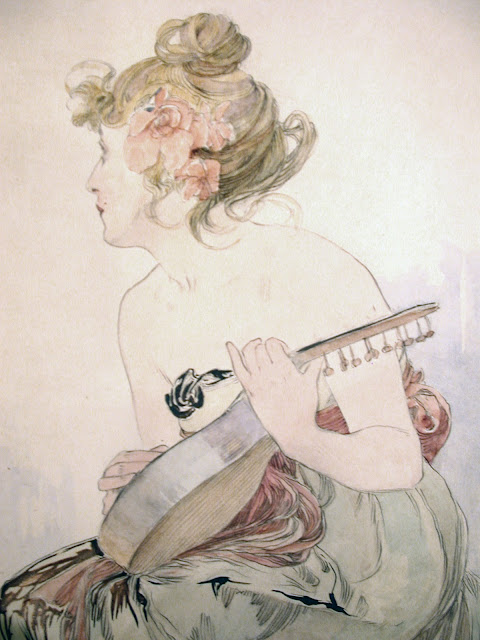 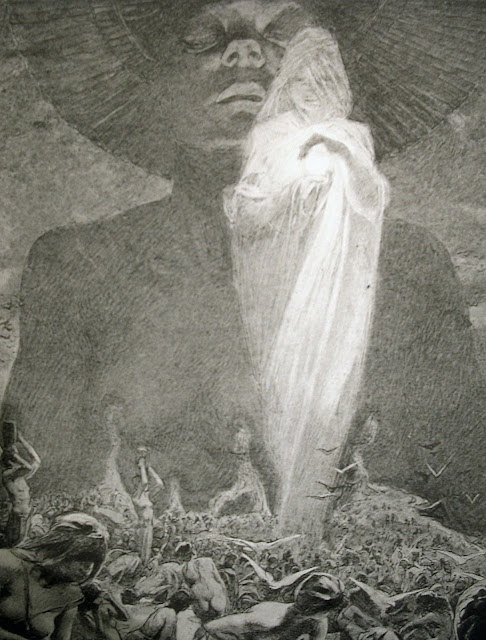 Actually, there's a great story related to draughtsmanship and Mucha: In 1898, the American (ex-patriot) artist James Abbott McNeill Whistler combined his teaching class with that of Mucha and together they taught painting, Illustration, composition and decorative drawing over the course of three years, ending amicably in 1901. According to Jiri (Mucha's son and sole biographer); years later when a student asked Whistler why he had so many of Mucha's posters hanging about, Whistler retorted, "So that I can show fools like you what it means to be able to draw." 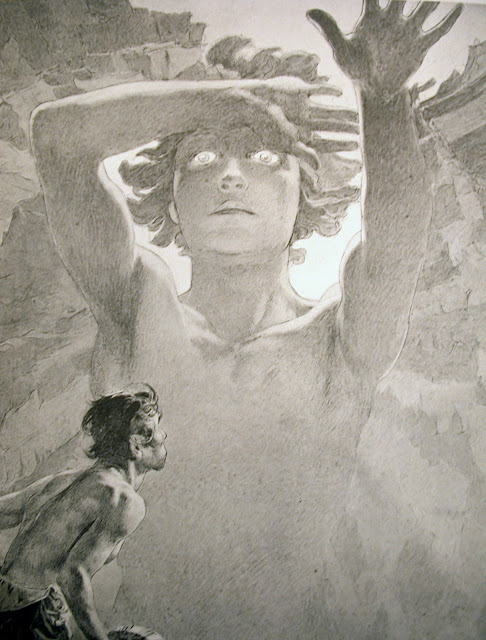 Today, I had the very great fortune to study this original copy of Le Pater with a magnifying glass. What an absolute thrill. There were only ever 510 published, on the 20th of December 1899. The first ten containing original hand-painted watercolors by Mucha himself. The second set, numbers 11 through 60 (the set I studied), are listed by the publisher as being "sur japon, avec une suite en couleurs sur papiers spécial à la forme du Marais et une suite en noir sur chine." 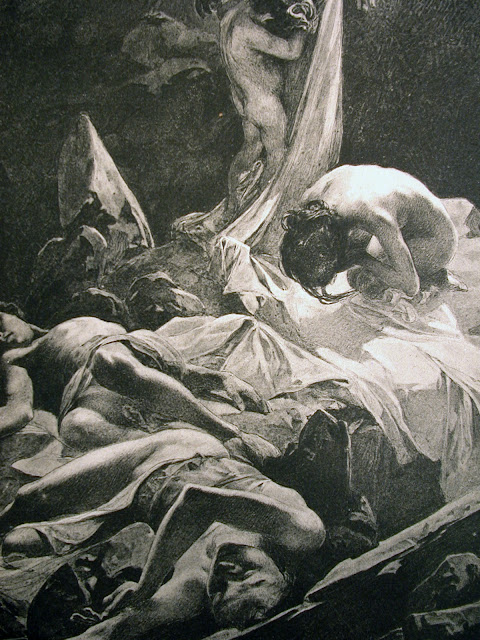 It's interesting to me that, in the 1870s and 1880s, so many American artists went to study in Paris (e.g. Sargent, Whistler, Cassatt, Eakins, Homer) because American academic training at the time was generally considered so inadequate. Combine this with a mesmeric American fascination with the Old World, and we can begin to see why Mucha's early trips to the States were so rapturously received. And yet Mucha seemed reluctant to lap up the attention that the gentry and grandes dames of American Society were determined to bestow. Indeed, he was sick and tired of his obligations, as evidenced in a hilariously melodramatic letter he wrote in 1904:


"You've no idea how often I am crushed almost to blood by the cogwheels of this life, by this torrent which has got hold of me, robbing me of my time and forcing me to do things that are so alien to those I dream about"

Poor dear; how hellish it must have been to hang out with the likes "the beautiful" Mrs. McKay, Anne Morgan, Grace Vanderbilt, Elsie De Wolfe and Sarah Bernhardt, not to mention the President himself, sipping tea and cashing checks all day. In hindsight, his relatively earth-bound fame when compared with the likes of the stellar Whistler may possibly stem from his dislike of associating with "vulgar business society". You probably shouldn't have put that one in writing, Alfy. Once again artistic ego gets in the way of enjoying a well-lived life. 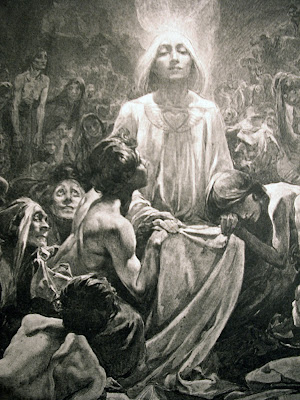 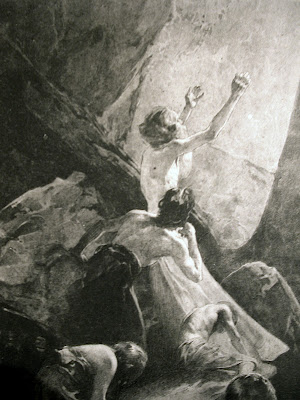 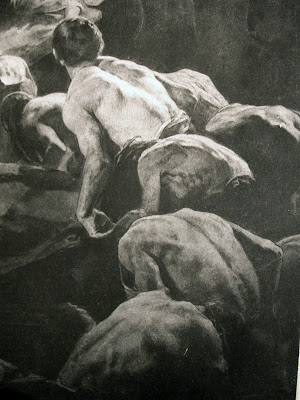