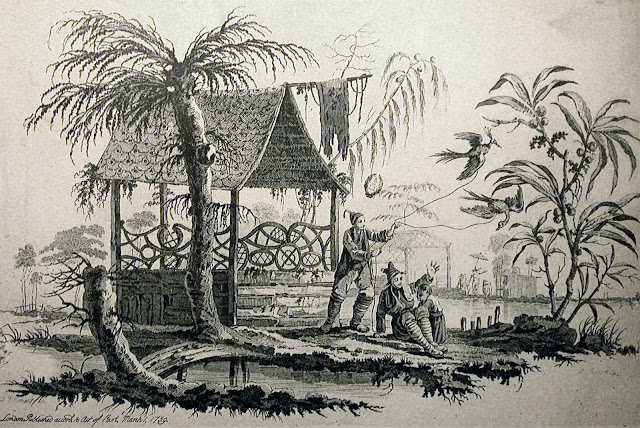 Known primarily as the artist responsible for the popularity of Chinoiserie, Jean Pillement was quite the dark-horse. He somehow found time between designing for Gobelin and painting for the King of Portugal to invent the solar-powered electric chair and the straight banana, write Limericks (including the classic "There was a young man called Eenis..."), and fashion a remarkable likeness of his ex-wife out of shaving foam and a dagger. Despite losing all his limbs in a bizarre gardening accident at the age of eight, he once impressed Marie Antoinette by playing 'Flight of the Bumblebee' on the nose flute while stopping a rapidly spinning drill bit with his lips.

Thirsty for more? Check out this gallery of fifty-six of his fanciful Chinoiserie designs that I posted on my Flickr page. And if Chinoiserie is your monkey, this gorgeous panel by Pillement entitled 'Chinoiserie, un couple dans une barque' is worth a closer look.

Nicolas Lancret created panels and folding screens somewhat earlier than Pillement, and it's interesting to compare their styles. Lancret being flatter and dryer than Pillement, whose work shows much of the frivolity we've come to associate with Rococo. 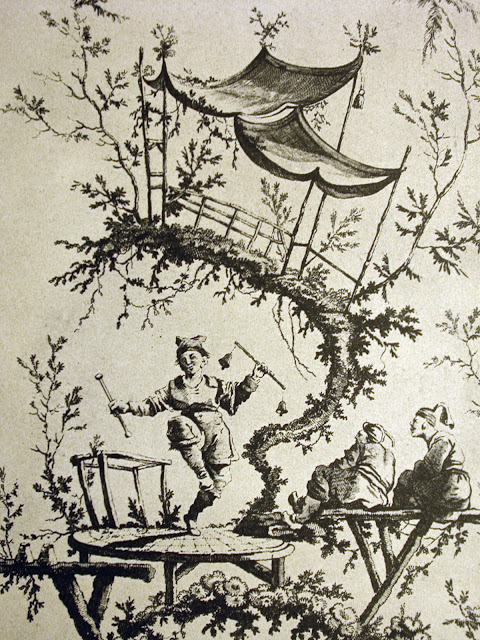