In Defense of Decorative Painting 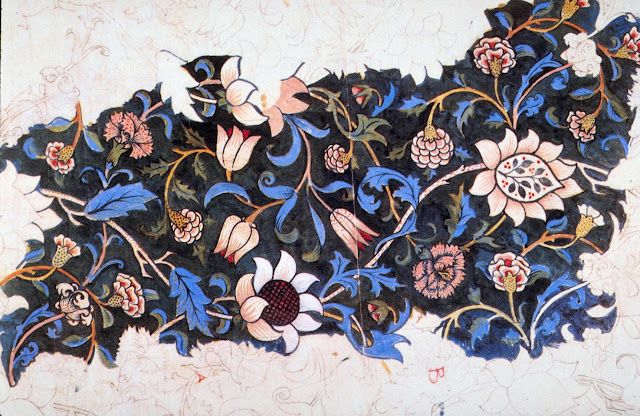 "That man who is without the arts is little above the beasts of the field."

Haldane MacFall, The History of Painting

Well, if that's not a sweeping generalization I don't know what is. Fortunately, 'the arts' in this case is such a broad term as to render this comment weak: Is any of us not 'with the arts'?

Things seem to have changed a little since 1911, however. There is an effort (mostly from the marketing department) to compartmentalize these arts into high and low, drawing an arbitrary line in the sand between Decorative - and/or Commercial - and Fine Art.

This distinction is a relatively recent trend. William Morris would not have agreed with it, that's for sure, nor would a whole host of others who were perfectly at home with their work hanging in a gallery, or printed on a plate. Yet since the advent of Modern Art the notion of the decorative element in painting has been sidelined as irrelevant, even beneath contempt. God forbid your work is described as 'pretty'. 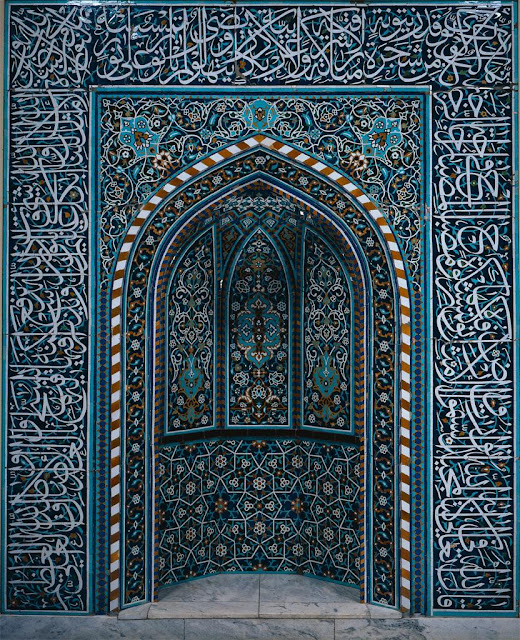 One glance at Islamic Art and Architecture and it becomes obvious that Art can be both 'Decorative' and 'High' at the very same time. So why is it that a simple Google search of 'decorative painting' yields not much, if anything, in the way of crossover between high and low Art? Why is it that the headlong race to separate from populist art has left a vast dustbowl in its wake?


"This apparent absence of internal critical writing may be because many lowbrow artists began their careers in fields not normally considered fine art, such as illustration, tattooing and comic books. Many ... are self-taught, which further alienates them from the world of museum curators and art schools.

Many in the art world have deeper difficulties with lowbrow's figurative focus, its cultivation of narrative, and its strong valuing of technical skill. All these aspects of art were deeply disparaged in the art schools and by curators and critics throughout the 1980s and 90s." Wiki

And yet, so much Art these days seems to mistake being brazenly incoherent for some sort of street profundity, dusting off the art-terrorist tag to protect against accusations of being pointless and just downright ugly. Take Tracy Emin. No really; take her.

But let's face it; who wants ugly Art? As far as I'm concerned, all Art has a major decorative element. The market tends to bear this out: despite annual protestations over the 'death of painting' it is the very sale of paintings that keep the galleries afloat. In hard times, galleries fall back on their roster of painters to help pay the rent, leaving the fiscally riskier work of video and installation in the back room until times are good enough again to wheel it out. Doesn't that seem kind of, I don't know, Commercial?

There's a great story about Jasper "the flag guy" Johns who, after realizing great critical success in the Art world by stumbling upon the decorative use of the American flag as High Art, decided to put all his early works in a pile and burn them in effigy. It always struck me as a great Wizard of Oz moment: terrified lest someone draw back the curtain (or flag), and reveal his art as 'merely' decorative, he scrubbed the trail leading up to it and left the critics to hail him as a genius.


Yet somehow, certain artists such as Murakami manage to slip through the critical net and get away with creating purely decorative painting, while being at the same time lauded as ironic commentators on the nature of decoration and consumerism. It's a handy critical trope that enables them to neatly sidestep accusations of being shallow. But what's wrong with their just being pretty pictures? Perhaps exhibiting his work in Versailles is less a juxtaposition than it is a perfect match.

Critics seem to have forgotten the answer to the question that every child knows instantly: What's your favorite color?

People like paintings on their walls, it's as simple as that. They add a splash of color, and we like what they say about us. We project meaning onto them, adore them as at an altar, and sit back as they reflect at a dinner party that we are wise, cultured and willing to throw money around. But they better not put you off your meal, so for goodness sake make them pretty.


"The over-scaled compositions being produced by so many abstract painters, which are full of movement and use of color, are ideal example, ideal transformations of an entire wall and entire room.... There is no denying that one of the major attractions of these successful large compositions is their structural decorative use in the contemporary scene... That these large canvases can be superbly decorative may not be considered complimentary by some of the artists involved"

So what if they don't find it complimentary: here's to Decorative Painting! Thank you, and good night.