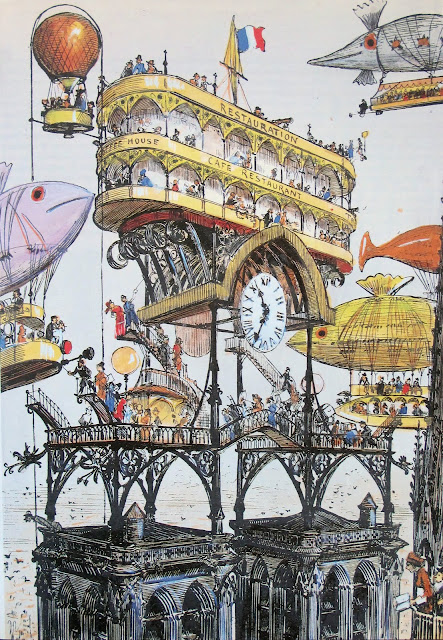 Everyone remembers a particularly treasured book from their childhood; one that is so much a part of you that you can't imagine your life without it. From A. A. Milne to Uderzo, our childhood memories are filled with images and stories that have shaped us in profound ways. That's why I consider the opportunity to paint a mural for a child such a gift; it's that chance to introduce an indelible image of creativity and imagination.

I've always thought that these early Science Fiction illustrations were excellent source material for murals. They have an inherent narrative that speaks of wonder and exploration, perfect for children. I think it's time for a change, so here are some ideas that may spark an alternative to the same old 'flowers and teddy bears' school of murals. 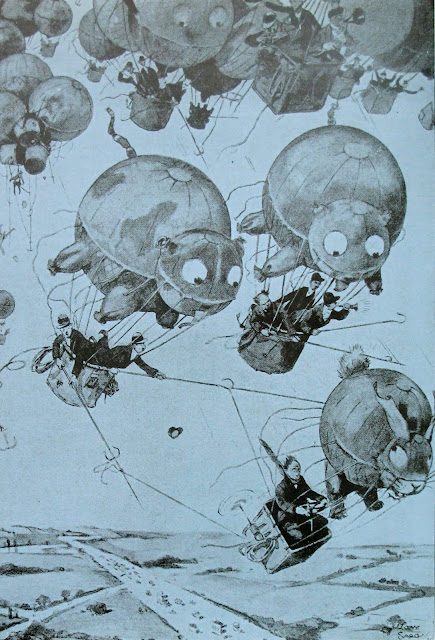 There's something refreshing and uplifting about the energy of these works. Dirigibles, petticoats and umbrellas on a Nineteenth Century futuristic voyage to nowhere. Dwarfed by their fanciful creations (echoing the Industrial era in which they were created) there is yet something optimistic about these frail humans and their prognosis for our society. 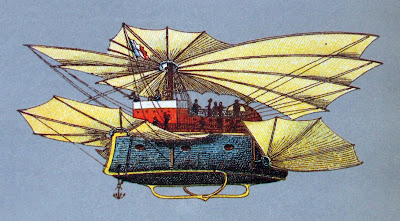 Most of the work seen here is the work of one of the most popular book and journal illustrators of the Nineteenth Century, Albert Robida. Robida is to Jules Verne what Arthur C. Clarke is to Isaac Asimov:  He was an inventor who "proposed inventions integrated into everyday life, not creations of mad scientists, and he imagined the social developments that arose from them, often with accuracy: social advancement of women, mass tourism, pollution, etc." (Wiki). Indeed, his concept of the Telephonoscope seems remarkably prescient: a flat screen television display that delivered the latest news 24-hours a day, the latest plays, courses, and teleconferences.

Anyone interested in the direct lineage in thinking between Robida and Clarke need only read Clarke's fascinating book, Profiles of the Future, and it will become immediately apparent. But let's spare the children Robida's darker visions of germ warfare, and concentrate on the lighter stuff for now!


Here's a Flickr set I posted of his futuristic contraptions, and a separate blog post on the topic of flying machines that you may find useful as inspiration. Of course, there's always the flying machines website, and Matt Novak's excellent Paleo-future blog. 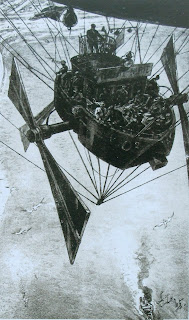 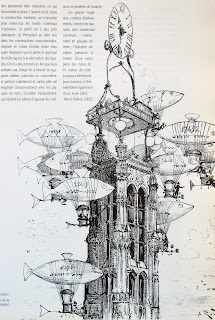 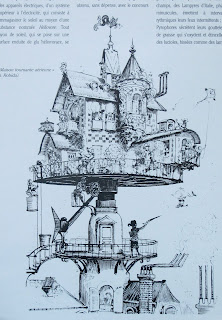 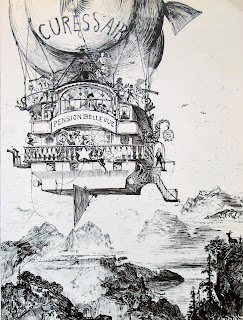 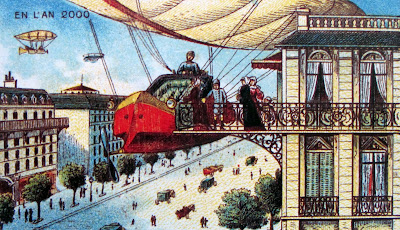 In a way it all seems quaint in retrospect, considering that the future these guys envisioned hasn't happened. We can't live forever, we can't even clone ourselves. The most we can do is Botox ourselves into a hideous mess or artificially inflate our pecs, remaking ourselves in the image of the biggest jock in high school. Why don't we have Utopia yet? I want names dammit!

On a more positive side-note: It's old news that we're botching this planet, but I think one nice thing we could do before we go is to come up with some sort of lightweight resin or polymer to replace all our disappearing glaciers. Make them look identical in every way to the original, only not wet or cold. That way the robots who take over Earth will have something nice to look at on vacation.

Bruce McCall, New Yorker illustrator and 'retro-futurist' made a fun presentation of his drawings at TED:


I have a dog-eared and well-worn copy of 1000 Tin Toys (apparently now titled 1000 Robots), by Taschen. It's a compendium of beautiful photographs of the coolest tin toys around; a lifetime of obsessive hoarding by Japanese collector Teruhisa Kitahara. Any one of these images looks great painted on a sheet of cut-out plywood and hung on the wall as a stand-alone piece, or as inspiration for a mural. 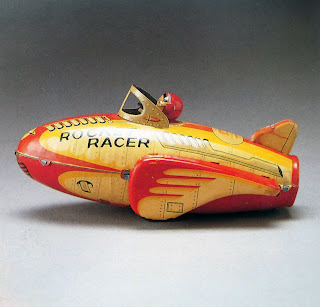 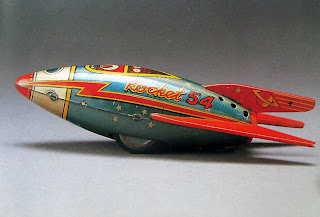 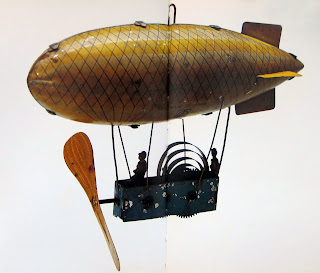 The last word goes to the great Franklin Booth: 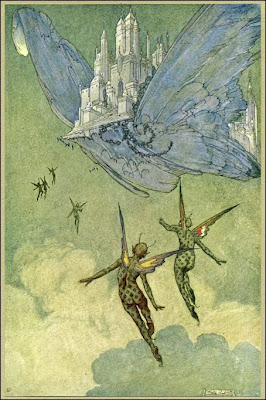