The Day the Murals Died 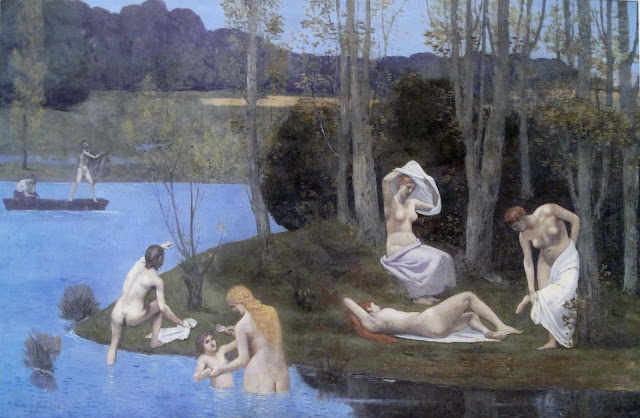 "The value of the Old Masters is enormous if we look upon their works as a superb expression of their age; more valuable still if they inspire modern painters to try and express their own age with the same power; but they are disastrous if we only try to mimic them." Frank Brangwyn [from the preface of The History of Painting by Haldane MacFall].

Wait, you mean I actually have to make up my own stuff? That sounds a lot like work. I prefer to just rip off the old-timers while they're out coffin-shopping and having their prostates examined, it's much more fun. On that note, Pierre Puvis de Chavannes is hardly in a position to do anything about it and his work is really good, so let's start with him. I posted some more images of his work here. 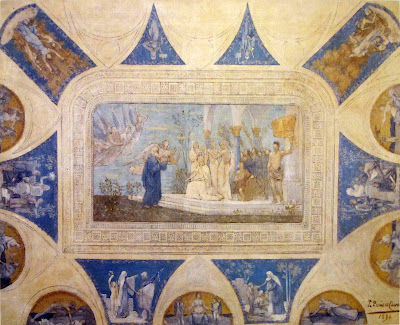 I find it strange that the chapter in art history of fresco painting and large decorative murals, which for many centuries were considered among the highest possible achievements of an artist's career, became practically a blank page in the Nineteenth Century framed only by the works of two giants, Eugene Délacroix and Pierre Puvis de Chavannes (Lyon, 1824 - Paris, 1898). They pretty much carried the torch for mural painting through the Nineteenth Century. 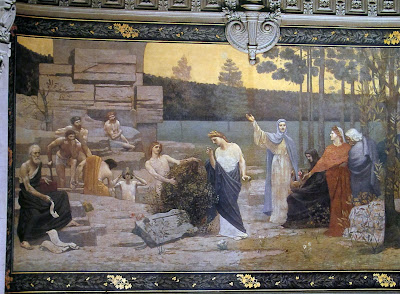 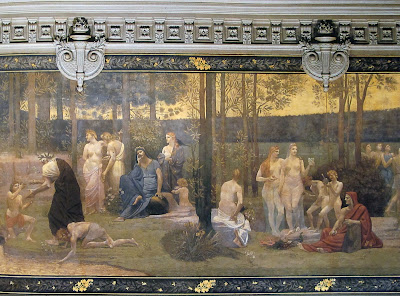 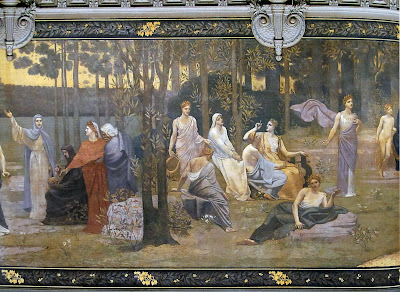 From that time on, whether by choice or necessity, those artists we associate with artistic progress worked on a small scale. Even Monet's Nymphéas at the famous Orangerie Museum in Paris fails to fall, strictly speaking, into the category of mural painting. The art of the large decorative fresco had more or less ended. 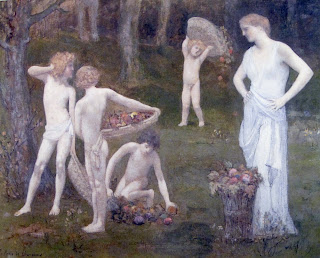 All the more strange when you consider how much construction was going on during the latter part of the nineteenth Century on both sides of the Atlantic. Great attention was given to public architecture. I'm thinking of train stations and libraries in particular, which logically should have provided space for fresh and ambitious large-scale paintings. Yet when those works exist, their subjects and execution are trite at best, having been entrusted to the most anemic of the rear-guard academic painters, or the more timid of the avant-garde who could be trusted to dilute their vision into socially acceptable norms.

I know; that sounds mean. There are exceptions of course, and one was the German painter Hans von Marées, who decorated the Stazione Zoologica in Naples in 1873. His work rarely receives any attention, but I believe he deserve better, if only for his unusual depiction of Northern Europeans in an Italian fresco. 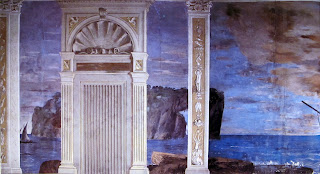 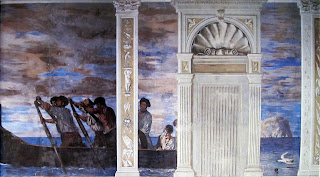 Constantino Brumidi's frescoes in the State Capitol are a notable exception this side of the pond. Not incidentally, he died practically a pauper and his work might have gone completely unrecognized by history had it not been for the efforts of Myrtle Cheney Murdock. She became resident Brumidi expert in the Capitol building, and was responsible for a certain resurrection of interest in the artist, if not in the art of fresco itself. 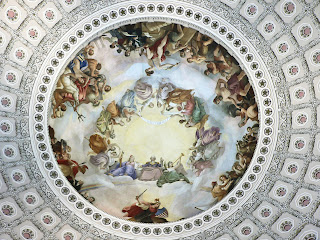 And of course, there are still others who have orbited the outer reaches of the art of fresco and brought it all the way through to the twentieth century, such as - one of my favorite draughtsmen - Pietro Annigoni, who died at age 70 in 1988 three years after completing his largest fresco in the huge dome of the Monte Cassino monastery (having spent five years working on it). 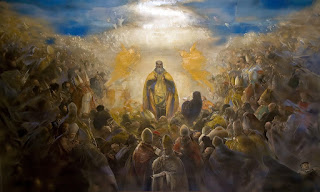 Who's out there in the twenty-first century? Look for an upcoming post on some modern masters. Perhaps the age of fresco isn't quite dead and buried just yet.