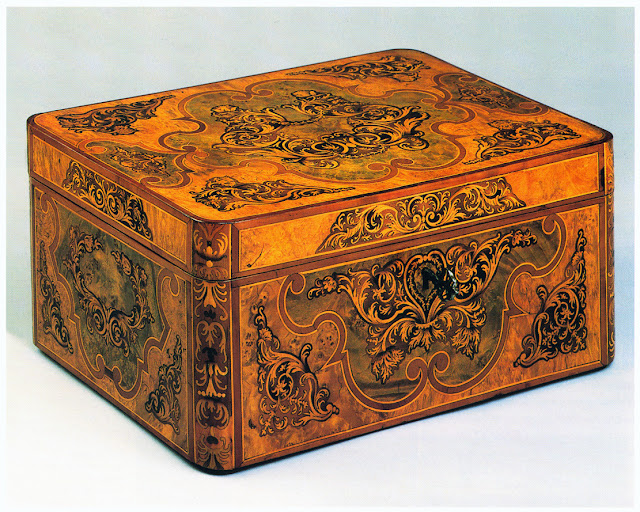 Time for a little eye candy. After all my inane babbling in the last few posts I think it's time we heard from a Master, and Jean-Francois Hache was one of the greatest craftsmen who ever lived. These images are from a collection of small boxes that he created. I posted a more complete set here. Hache's work was highlighted in the three volume set by Pierre Ramond, Masters of Marquetry. 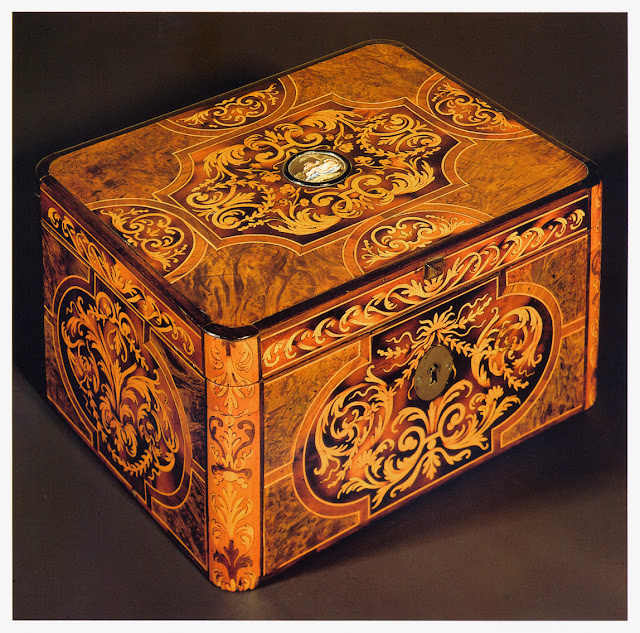 It's kind of crazy to think that this could ever be considered a 'craft' and not an 'art', but that's evidently the way they thought in those days. You followed in the footsteps of your father, and joined the trade like anyone else.

"The dynasty began with Noël Hache (1630-1675), the son of a master baker who chose not to enter the family business, but rather studied veneering in the workshop of a Calais master. Eventually, Noël set up his own workshop in Toulouse and, upon his death, it was taken over by his son Thomas. Thomas Hache then moved the atêlier to Grenoble. His only son, Pierre, worked with him as did his grandson, Jean-François.

Jean-François Hache (1730-1796) is probably the most famous of the Hache craftsmen. In 1756 he spent some time in Paris where he was very much influenced by the Louis XV style and particularly by the work of Jean-François Oeben. He gradually took the baton at the family workshop and around 1760 began to incorporate more simplified forms and intricate marquetry into his designs.

A strong keynote of Hache’s work is his use of bold and unusual geometric inlaid forms. The distinctive nature of these forms is accentuated by the fact that he placed them within late Louis XV rococo furniture prototypes. The interesting and highly successful tension this created makes Hache’s work unique." 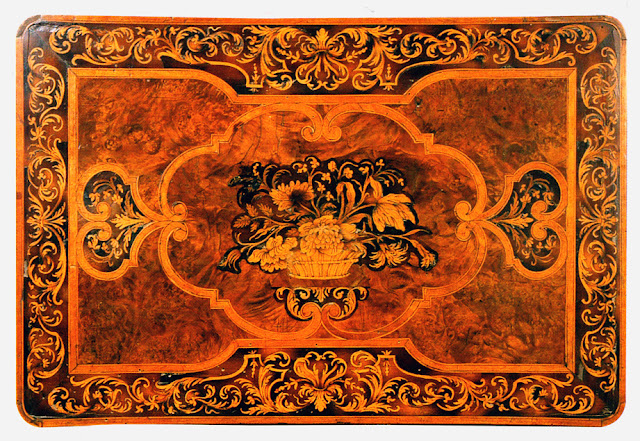 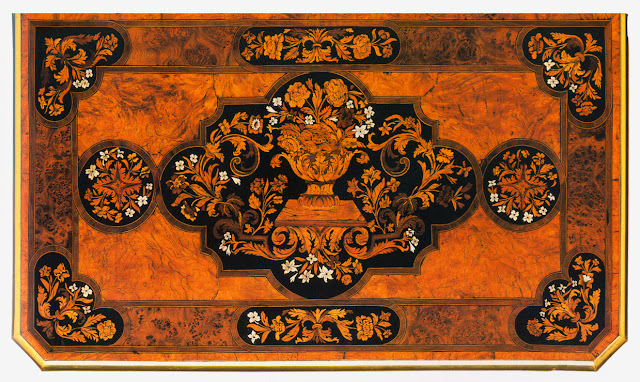 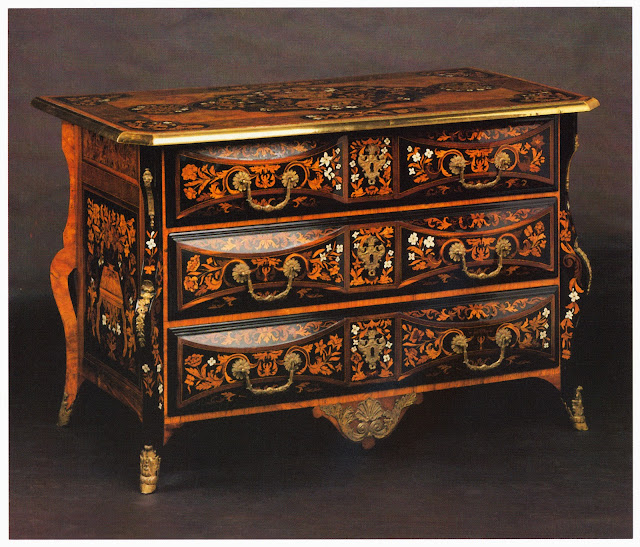 Asked to produce a Parquet tile based upon one of Hache's designs, we re-drew the geometry (of the floor above) in the computer, then textured it using our collection of digital veneer files. Now it was ready for printing onto our custom 3/4" HDF floor tiles. Here's our rough file layed out like the Hache floor: