These incredible hand-tinted lithographs by Leopoldo Galluzzo are from a 19th Century portfolio that illustrates "the discovery of life on the moon." [Altre scoverte fatte nella luna dal Sigr. Herschel, 1836] 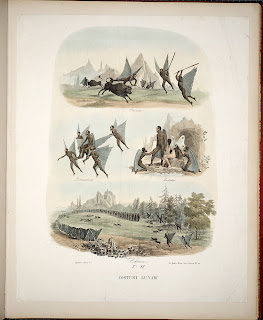 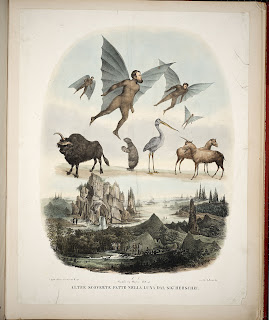 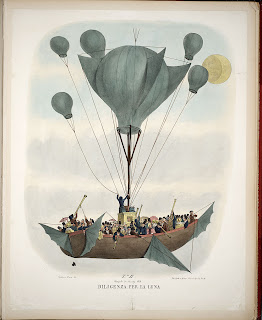 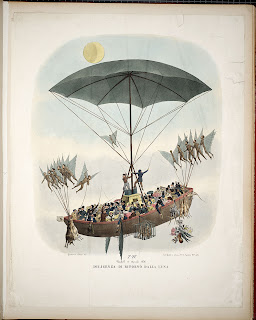 In 1836, Richard E. Locke, writing for the New York Sun, claimed that the noted British astronomer Sir William Herschel (discoverer of the planet Uranus) had discovered life on the moon.

The full details of the book can be found here