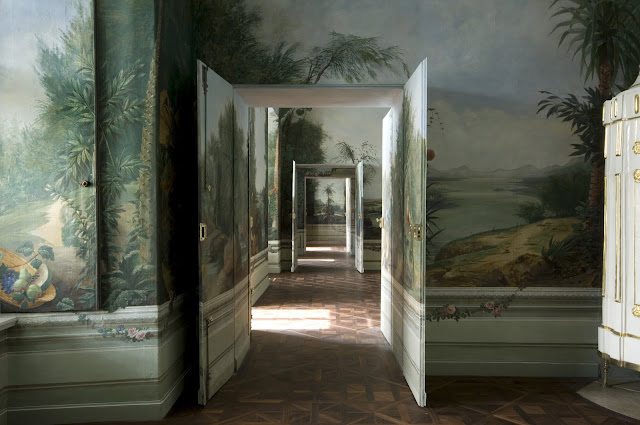 This is the treasure trove for any mural artist. You can do no better than to study this room in detail. I simply have too many photos to put up here, but these few give you a sense of the skill that went into the production of these wonderful rooms, variously called The Goess Apartment, Crown Prince Rudolph's Room (KronPrinz Rudolf Zimmer), or Bergl Zimmer (after the artist who painted them, Johann Bergl).

Located in the palace Schloss Schonbrunn in Austria, these magical rooms failed to seduce poor old Rudolf, who ended up shooting himself in the head with a revolver. They also served as the Summer apartment of the Empress Maria Theresa.

I've been posting old Illustrated Books of Flora and Fauna because they are the workbooks that an artist such as Bergl would have used to create this exotic scene. It's clear that he did his homework from the loose yet masterful brushwork conveying an immense breadth of species.

Anyone trying to make money in this field should take a long look at these in order to fully appreciate the economy of brushwork at play. Essential reference material.

Some nice broad shots of the rooms can be found here. 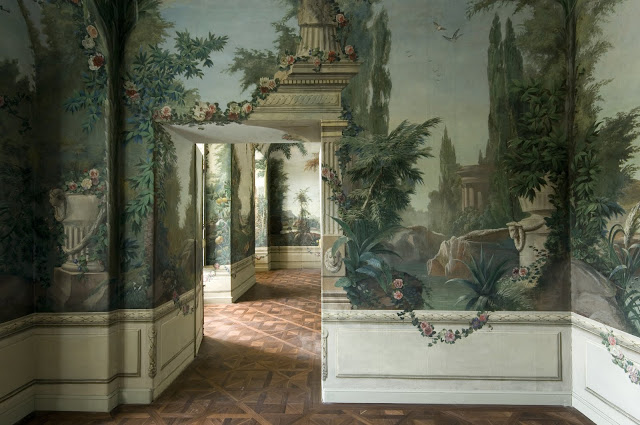 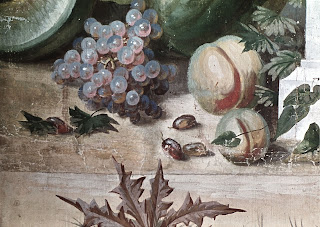 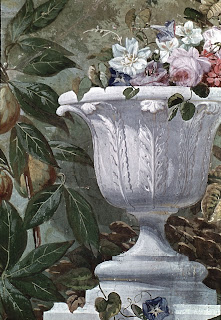 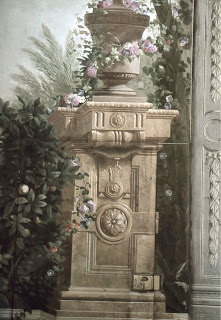 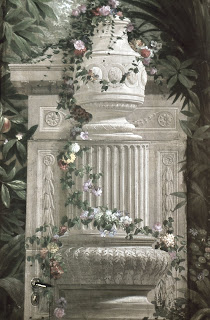 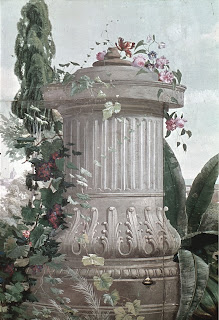 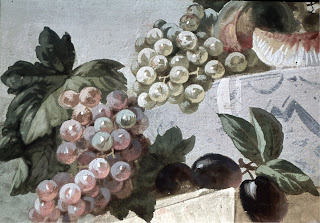 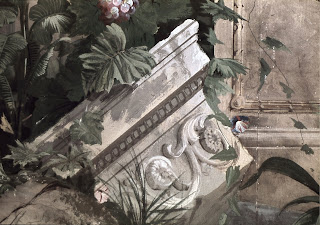 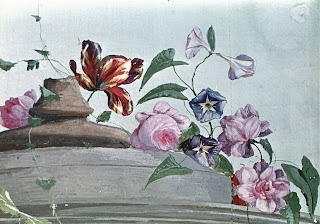 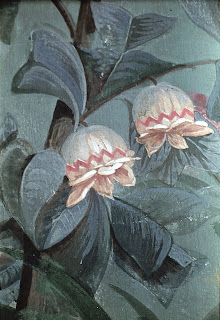